Like 61% of Americans, I was appalled at the massive curtailment of abortion rights that the Supreme Court recently handed down with the reversal on Roe vs. Wade and went to the capitol to protest. The turnout was impressive and the passion was palpable. However, the rhetorical fire was counterbalanced with some just god-awful grammar. The speeches were bad, but the signs were worse. They were all grammatically deficient – confusing at best, almost always had multiple contradictory meanings and at worst, made no sense at all. A sampling of the biggest offenders follows…

Hot people are pro choice
Looking at that crowd, this one was an obvious lie as there wasn’t a single good looking person around. Unless they were being literal, in which case it was 100% accurate as it was pushing 100 degrees in the shade.

Repo rights are human rights
While I do believe that both the repossession of products where payments are not being made and the sale and repurchase of assets are both important functions in society, I am not sure that they rise to the level of human rights.

stop fucking republicans
My favorite sign of all… a complete lack of capitalization and punctuation combined with the power of the English language and the amazing flexibility of the word “fuck” leads to the most incomprehensible sign there. There are 4 separate (very different) ways to interpret this…

The addition of a comma is another way to change the meaning entirely…
stop fucking, republicans

The addition of a period, completely changes this again…
stop. fucking republicans
becomes…

Look, all I’m saying is that if you can’t trust 60’s era Batman, who can you trust… good grammar is essential!

Hans and Franz, like much of what is on SNL is so so much worse than you remembered at the time. What I remembered as classic skits with a hilarious pair of characters is really just really dumb upon recent review. You can access all of them on NBC’s website to judge for yourself.

While brilliantly played as the dry dry dry UN bureaucrat he dropped a spot given he is based on a real person and therefore has the worst claim to fictionality of anyone on this list.

Hans Zarkov is the perfect mad scientist and the best one of the group of heros in that movie. The titular Flash is super generic. Timothy Dalton as Prince Barin is boring and the leader of the Hawkmen Prince Vultan while hilarious, was a little too over the top.

Notable mention, he is also number 2 on the list of “Hans with goatees” 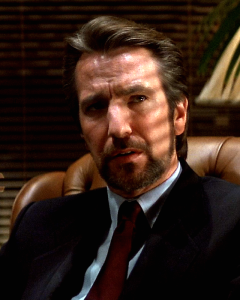 Hans Gruber rounds out the perfect ensemble that is Die Hard. He is the quintessential greasy European that we all immediately hate. He is menacing and is smart and stays ahead of the cops the entire time. The perfect villain.

Notable mention, he is number 1 on the list of “Hans with goatees” 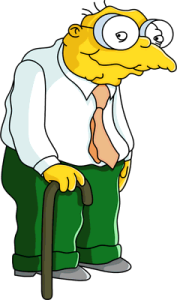 Often played as the butt of the joke, he was a bit character brought out as the most pitiful person on the receiving end of some horrible situation. Comedy gold.

While technically not a “Hans,” he is singular “Han” – which makes a good fit for number one! And to be clear, we are talking about the 1977 scoundrel who was not afraid to kill another miscreant in cold blood. Han shot first, end of story.

Was doing a little digital cleanup and came across some pics from our trip to Spain and Portugal (judging from the age of the child, the absence of her brother and how much hair was still on my head, this was some time back). We were on a TAP (Air Portugal) flight that had one of the most circuitous routings – Lisbon to Houston… through Moscow. This wasn’t some hacker fare of different flights cobbled together, this was TAP’s main flight to get passengers across the Atlantic (via the Arctic!).

END_OF_DOCUMENT_TOKEN_TO_BE_REPLACED

I’m taking my third break from the news in as many months.

The first was in March, the news was 24×7 COVID COVID COVID and yet we still knew nothing… all the stats were contradictory, our learnings evolving and any real test/vaccine/development was months off – nothing advanced my understanding of anything. Nothing really mattered. So I stopped watching.

In late April, I got in the car for a grocery run and turned on the radio… it was the 24th and literally the first news that I had heard in a month was Trump telling us that he thinks we should inject bleach to kill the Corona virus. I turned off the radio, confident in my decision to withdraw from the news. Nothing still mattered.

The past couple of weeks have not afforded such luxury of ignorance. However, the level of craziness and tragedy had become too much to take so I went searching for a brief respite and happened upon the 1977 video for Stayin’ Alive by the Bee Gees: END_OF_DOCUMENT_TOKEN_TO_BE_REPLACED

Birthday present from my child…

The field for the next debate this Thursday on Sept 12th is baked. Following is my original prediction with the actual results color coded – names in green made the next debates, red did not, red strikethrough didn’t make the cut and dropped out of the running.

Frankly, I am pretty surprised this thing largely went the way I thought it would. The biggest surprised to me is that Beto made the cut. And while I am surprised that Marianne Williamson didn’t make it, I am also a little heartened. Seeing sanity prevail and logically cutting people with no prior governing experience and crackpot ideas is wonderful. She added to the conversation, so glad she was there, but it is her time.

There are 3 other intrepid souls running not listed above. Joe Sestak and Tom Steyer took advantage of everyone being distracted by summer vacations to do a stealth entrance to the race. Because that is the best way to run a presidential campaign, on stealth. The third, of course, is my man Wayne Messam. I think at this point he is investing nothing in the race so there is really no cost to staying in or dropping out.

For some reason, the 6 year old got a pack of Japanese Pokemon cards and was anxious to know their names. Like any well meaning father who doesn’t speak Japanese, I lied to the child and just started making up names… for example, this guy was Starlord: 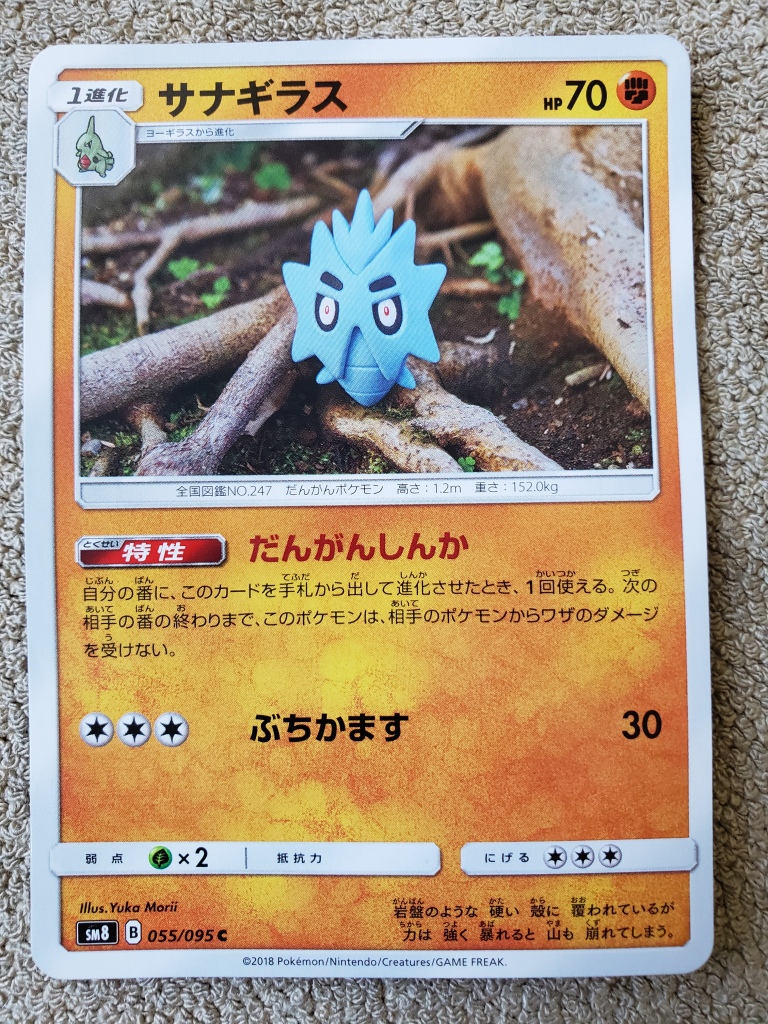 However, as my names got more outlandish (Destructo, Pinky Pie, Super Red Rocketman), he started catching on that maybe I am not being completely truthful (either he’s getting smarter or I’m becoming a worse liar).

To get back on the right side of truth, I uses Google translate to get me what the actual names are. Starlord here offered up am incontrovertible truth tho – Japanese does NOT translate well END_OF_DOCUMENT_TOKEN_TO_BE_REPLACED

You guys remember Wayne Messam? The other black bald guy running for president? Is it me or does he look like a black minion?? 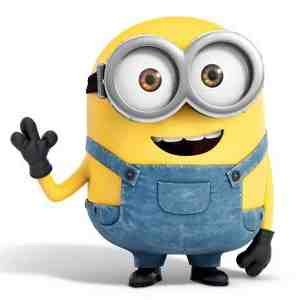 Ugh, 6 hours of debates took some time to digest.

Firstly I do like the time rules that CNN placed – they were very stingy with time and as soon as any candidate started pontificating or bloviating, they were cut off. It was great!!

Each of the 2 debates had very different dynamics based on their participants. The first featured the 2 far lefties Bernie and Elizabeth Warren and while they usually do a better job of controlling the conversation and driving a cohesive vision, the centrists came out SWINGING. They did a much better job of showing that they too can be passionate AND get stuff done. The second was “beat up on Joe Biden” night. Joe was prepared and came out fighting, showed he can take it tho, mostly.

The first debates last month annoyed me to no end because the candidates weren’t offered a chance to give an opening statement so each person just took their first chance (or two) to speak, ignored the question and just gave their opening statements then. Moreover, it generally encouraged them to say whatever talking point they wanted to and not ever try to stick to answering the actual asked question throughout.

I wanted to be prepared with a way to score them this time around. I came up with the following scale:

If the candidate had more than 1 chance to speak on a topic (like Biden, who was constantly being attacked so constantly got a chance to respond) their ratings were averaged for that topic. This was based on the quality of their answers, not necessarily if I agreed with it or not. The opening and closing statements were just graded on a flat 1-5 scale for how good they were.

The resulting table was stack ranked as an average of all of their answers (rightmost blue column):

Some quick thoughts from this:

Will have a more comprehensive recap tomorrow…