1. Folks who will move on to the next round and totally deserve it (i.e. no duh)

I’m not sure that I agree 100% with the vision that Bernie and Elizabeth Warren present, but I love the fact that they are driving the conversation with passion.

I have been a fan of Joe Biden ever since the late 90s when I first heard him speaking at the Commonwealth Club of California on foreign policy. He struggled a bit in the first debate but came out swinging here and showed that he can both take it and dish it out.

Julian Castro had a strong performance in both debates – his surprise attack on Beto got him noticed and he built on that here showcasing his experience and had generally intelligent responses to the questions.

Similarly, Kamala Harris had 2 good debate performances as well. She showed herself to be a fighter capable of taking on Donald Trump. She lost points in my book by fending off attacks just saying “that’s not true” and not offering any reason why, however she definitely still earned a spot going forward.

While Marianne Williamson is clearly on a spaceship and seemingly has no business being here… neither did Donald Trump when he started. I am not yet convinced that her level of crazy is not exactly what we need to fight Trump.

2. Folks that will move on but really don’t need to be there (i.e. wasted spot)

While the “Asian man who likes math” made some good points outside of his signature “universal income” issue to start to be seen as a general purpose candidate, Andrew Yang’s declaration that it is 10 years too late to do anything about the climate crisis makes you wonder why he is even running if we’re all going to die anyways.

The “happy warrior” Cory Booker seems to have the momentum to take him to the next round. However, I find him insincere and full of shit. I want him to go away.

3. Folks that deserve to move on but probably won’t (i.e. damn shame)

Amy Klobuchar and John Hickenlooper probably have the best shot at moving forward of this lot. Hickenlooper highlighted his real experience as former governor of Colorado and I can totally see Klobushar going toe to toe with Trump. Both are folksy and can pass the “person I want to have a beer with” test.

John Delaney made a strong case for deserving to be part of the conversation. He spoke well and made a solid impassioned case for the moderates. After his performance I think he earned a spot in the next debate. Too bad he probably won’t make it.

Steve Bullock is even more of an unknown than Delaney having not made the first debate. He made up for lost time tho with a strong performance here, showcasing real governing experience as governor of Montana and someone who can appeal to a wider swath of the public having won statewide election in a strongly Red/Republican state (that Trump won overwhelmingly). Unfortunately, my guess it that it is too little too late. I would like to see him move on, but don’t think he will be able to. 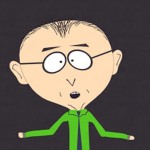 There is no doubt that Michael Bennet is a boring-ass speaker. And yes, he sounds like Mr Mackey from Southpark making it even harder to take him seriously. Finally, he was not particularly loquacious. However, if you can look past all that, he actually has some very sharp things to say and I really enjoyed listening to him (when he was able to get a word in!).

I really liked what Pete Buttigieg, Jay Inslee and Tim Ryan had to say and would like to hear more from them. However I fear that they didn’t really do anything to break out of the pack. Similarly to Yang, Inslee expanded past his signature issue of “climate change” to be seen as a credible general purpose candidate. Mayor Pete, if he makes it, will coast in on his previous popularity, not his performance here. Ryan did a good job showing why, as a complete unknown, he at least deserves to be heard.

Kirsten Gillibrand strikes me as a little too far to the left to appeal to independents, and yet not far enough to fire up the base. What killed her for me was on the topic of race she launched into a speech of (what I thought was) how she would be able appeal to all voters but ended up highlighting her connection to suburban educated white women. As one, that is literally the only demographic she doesn’t have to convince us of her ability to connect to.

Bill de Blasio spent none of his time actually answering questions and instead lobbing attacks at the other candidates. It was annoying and didn’t tell us anything about why we should care about him.

Beto O’Rourke and Tulsi Gabbard both don’t strike me as being ready for the big stage. They are able to deliver prepared remarks/attacks well enough but seemed nervous and unsure of themselves otherwise. As a veteran, Tulsi’s answer on foriegn policy was weak (“we need more leadership”???) and Beto was never really anything more than “not Ted Cruz” which was fine in the Senate race but definitely not enough here.

Finally, I want to call out Wayne Messam. He didn’t make either debate and the fact that he was not the first candidate to drop out (Eric Swalwell, gets that honor) shows a strong lack of self awareness (but don’t take my word for it).