Continuing from my previous post, I pulled the 404 pages for 4 more of the Democratic nominees. This lot is challenged – they are polling so poorly and raised so little money that they didn’t make the first debate. However, “down” does not mean “out.” For those of you who have already written off (say) Steve Bullock, remember that history has shown us that there are MANY examples of upsets that could never have been predicted this early on…

Don’t get me wrong, these guys’ chances aren’t good, but it’s not zero. In any case, roughly in order their likeliness (IMHO), here are the 404 pages for the 4 candidates least likely to get the nomination:

Steve Bullock
https://stevebullock.com/firstdebate
I like this, it shows a lighter side of him while highlighting a rugged self-reliance. 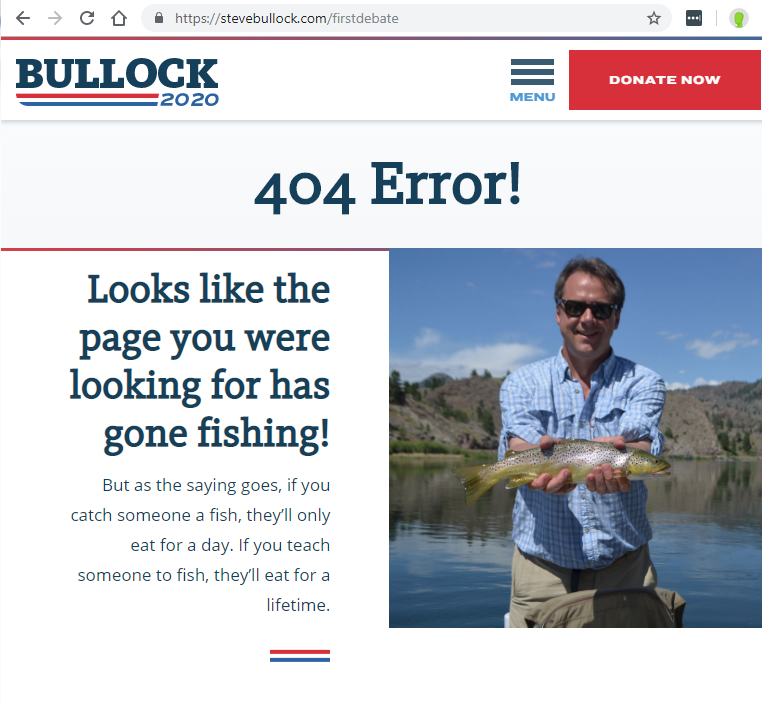 Seth Moulton
https://sethmoulton.com/firstdebate
Hah, animated GIF of Seth Rogan making silly faces. Nice touch, if you try a different bad links on the site, you get different Seths – Seth Meyers, not sure who this is – Seth… Curry?, some other guy presumably named Seth 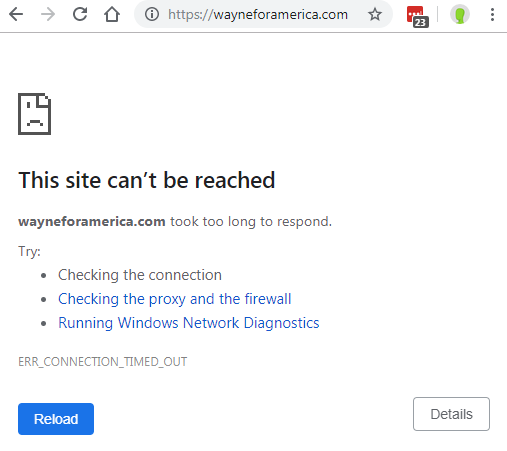 Eric Swalwell
Any finally, while Eric Swallwell did make the first round of debates, 2 week back (Jul 8) he ended his 92 day campaign becoming the 1st major candidate to drop out. Well, “1st” if you don’t count Richard Ojeda who dropped out in January after running for only 75 days and “major” if you can consider anyone this early in the process “major”.

Here is his 404… interesting touch to show the capital building and not the White House… or was that changed after he dropped out? Or am I over-analyzing again…?