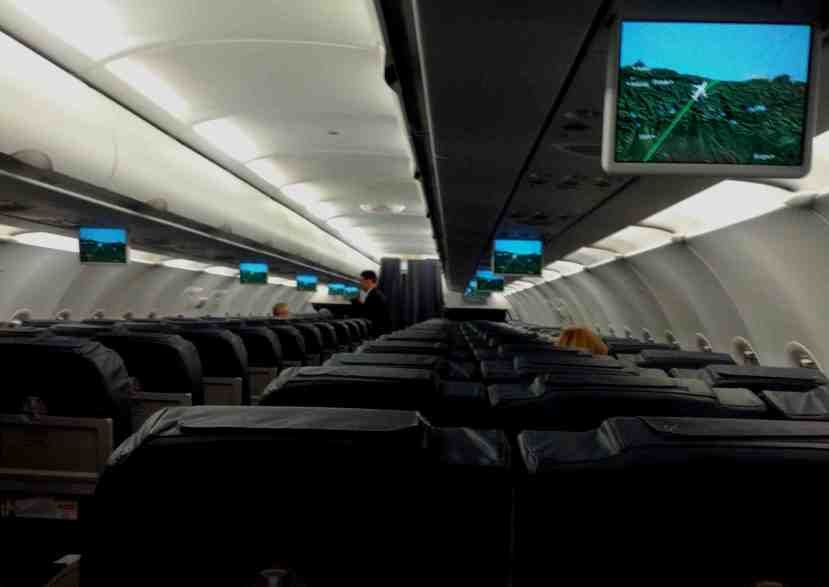 Was doing a little digital cleanup and came across some pics from our trip to Spain and Portugal (judging from the age of the child, the absence of her brother and how much hair was still on my head, this was some time back). We were on a TAP (Air Portugal) flight that had one of the most circuitous routings – Lisbon to Houston… through Moscow. This wasn’t some hacker fare of different flights cobbled together, this was TAP’s main flight to get passengers across the Atlantic (via the Arctic!). 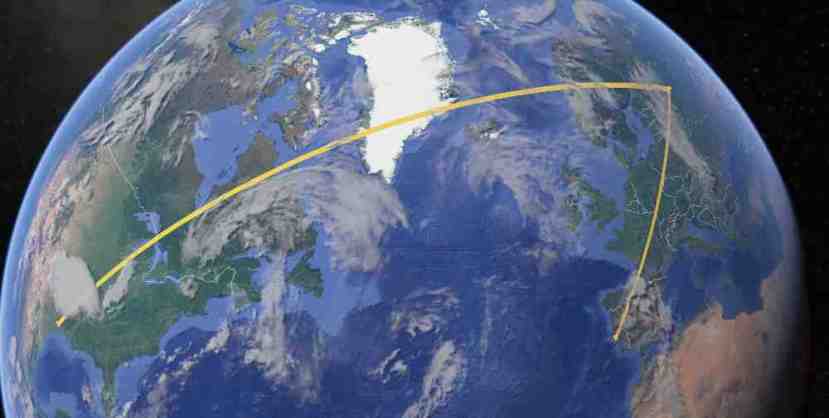 Lisbon to Houston… Moscow is NOT on the way!

Moreover, this was timed on New Year’s Eve and we were basically going to greet the new year on the plane. All of this combined to make one of the most least popular flights ever… as such, our A320 which can (according to Wikipedia) hold 150 passengers, carried a grand total of *9* of us a quarter of the way around the world (and then halfway back again)!

Now I get there was probably a logistical value for TAP to have a plane in Houston on the 1st for an undoubtedly better filled flight, but in isolation, it certainly seems it would have made more financial sense to cancel this flight and simply pay the 9 of us take different flights rather than run it basically empty – there is no way that our fares covered the expense of operating that flight.

There were certainly no complaints from me tho… we basically got our own personal jet. Each family basically had it’s own flight attendant – they even handed out the 1st class toiletry kits and we got to use portable DVD players (I told you, it was a while back!). We even got complimentary champagne (it *was* New Year’s eve after all). 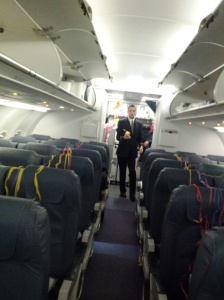 The flight attendants did get a little rowdy…

HOWEVER, just my luck – I of course was not able to take advantage of all of this glorious room becauuuuse… this child insisted on spending the entire flight roaming the empty aisles, looking out the window and sprawled out in a row of 3 empty seats… just kidding, she spent all 47 hours planted firmly in my lap! 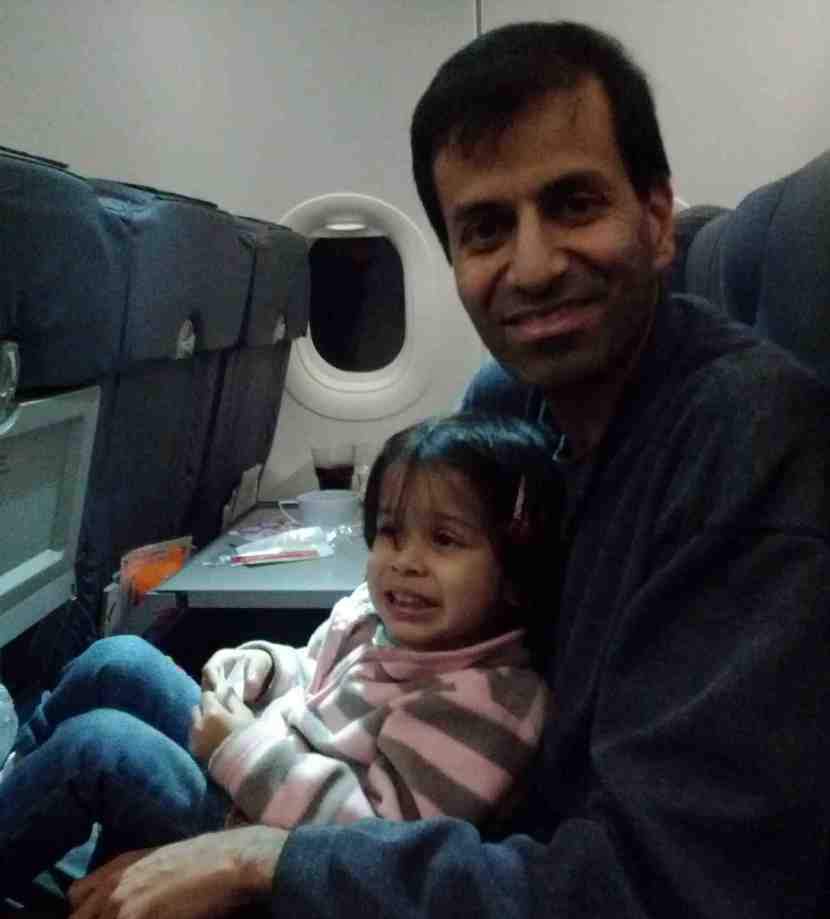